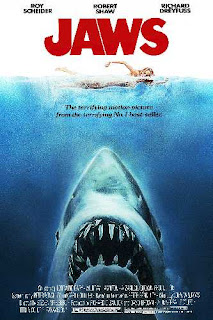 Jaws (1975) is an American horror film directed by Steven Spielburg based upon the novel by Peter Benchley about a giant white shark which terrorizes a small island resort.

DADDY: What you are describing is called suspense, you know something bad is about to happen.

LILLY: Jaws because I admire that he is predictable and he doesn't give up.

DADDY: I like Quint, I think Robert Shaw should have got an Oscar. Farewell and adieu to you fair Spanish ladies!

LILLY: When you see the head in the water

DADDY: Me too, when I first saw that I spilt a scalding hot cup of coffee in my lap


LILLY: Yes...No because it is too scary for them.

DADDY: So are you scared to go in the water now?

DADDY: But you said you were too scared to go to the toilet.

LILLY: Don't tell them that!.

DADDY: How many teeth would you give it? 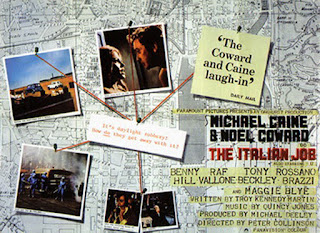 The Italian Job (1969) is a British crime caper movie written by Troy Kennedy Martin and directed by Peter Collinson. A gang of British villains attempt a daring heist of Italian gold through a traffic jam.

DADDY: It's always been one of my favourite movies for as long as I can remember. Did it make you want to visit England?

LILLY: My favourite character was Charlie Croker (Michael Caine) because he was interesting and cool and had some great lines.

DADDY: He had the best "You're only supposed to...

LILLY: ...blow the bloody doors off!"

DADDY: There are some great characters in this but it's Michael Caine's movie

DADDY: Yes that and the car chase with the minis when they are driving through the Italian malls. I would love to do that.

LILLY: You would crash.


LILLY: Yes because it's funny and you never know what is going to happen next.

DADDY: One of my top ten movies.

LILLY: What are the others?

DADDY: I don't know but this is one of them,

DADDY: How many stars would you give it?

DADDY: I'm giving it 20 because it is brilliant.

LILLY and DADDY: We are the self presevation society! 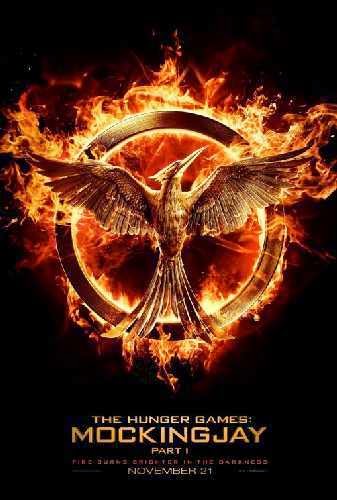 The hunger Games: Mockingjay - Part 1 (2014) is a science fiction war film and the third film in a quadrilgy based upon the books by Suzanne Collins. It was directed by Francis Lawrence with a screenplay by Peter Craig and Danny Strong. The twice victor of the Hunger Games becomes a political figurehead for the political opposition.

LILLY:  loved it because the revolution began and that they split it into two movies.

DADDY: I was very bored because without the game I thought the film lacked any substance.

LILLY: I disagree, it had lots of substance, there was fighting and it was exciting.

LILLY: My favourite character would be  Katniss Everdeen (Jennifer Lawrence)  because she actually played an important role and the others didn't really.

DADDY: So you didn't really think it was exciting?

LILLY: There was a bit too much talking and not a lot happened, but I still loved it!

DADDY: I liked President Snow (Donald Sutherland) because he stole the show and he was charismatically evil with a twinkle in his eye.

LILLY: When they caused chaos in the city on the bridge and she sang the
Hanging Tree Song.

DADDY: Yes that was the best bit.

LILLY: Are you only saying that because you couldn't think of a favourite bit?

DADDY: No it pulled at my Dark heart strings a little...

LILLY: I do not believe you!


LILLY: No because it was actually boring and should have been one film.

LILLY: I missed the game, it was not the Hunger Games without the game!

DADDY: How many stars would you give it?

LILLY: What is that?

Daddy: I will show you one day. 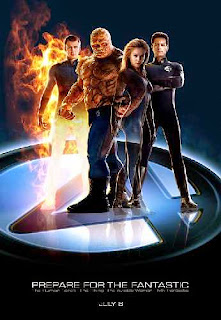 Fantastic Four (2005) is a superhero fantasy film directed by directed by Tim Story and written by Michael France and Mark Frost based upon the Marvel team of the same name. A group of scientists investigate a cloud of comic energy with uncanny results.

LILLY: I thought it was an exciting adventure because I didn't know what would happen next.

DADDY: I grew up reading the Fantastic Four comics and I still enjoyed the film knowing what would happen next.

LILLY: Mine is The Thing (Michael Chiklis) because he reminded me of you..

DADDY: I like him too and it isn't easy being a monster.

DADDY: I liked him because he could have become normal again but gave up that chance to save his friends.

LILLY: I would have stayed normal.

LILLY: When they caused chaos in the city on the bridge.

DADDY: Yeah that is spectacular!.


LILLY: Yes because it's an amazing film which everyone should see.
DADDY: How many stars would you give it?

LILLY: Forty, I loved it all and wouldn't take anything out.

DADDY: The same for me then. It's clobbering time! 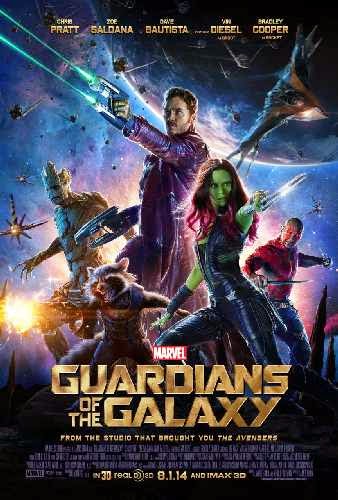 Guardians of the Galaxy (2014) is a superhero fantasy film directed by James Gunn and writen by him and Nicole Perlman. A ragtag group of unlikely heros become the defenders of the galaxy.

LILLY: It was fantastic.

DADDY: It was so much fun and I loved it.

LILLY: That's really tricky because I liked them all.

DADDY: Me too, they were all great.

LILLY: My favourite moment would be when Groot (Vin Diesel) gave his life for all their lives. We are Groot!

DADDY: Mine too but I think he might grow back.

LILLY: I hope so and I can't wait for the next movie.


LILLY: Yes because it's the best film ever.

DADDY: I loved the music too. This is my favourite film for a long time.

LILLY: Until the sequel.
DADDY: How many stars would you give it?

DADDY: The same for me and I must get the Awesome Mix Vol, 1 for the Spookmobile.

LILLY: I want to hear it when you pick me up from school. 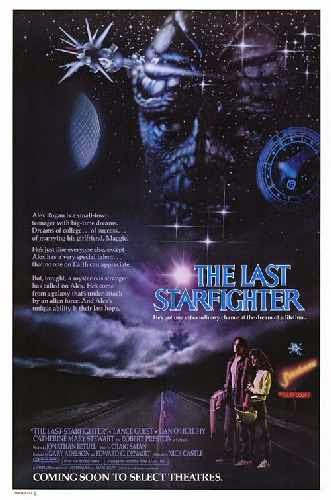 The Last Starfighter (1984) is a science fiction film directed by Nick Castle and written by Jonathan R. Betuel. A teenager who lives in a trailer park and plays videogames as a distraction is unwittingly recruited to join the elite defence force of the Rylan Star League. It was along with Tron (1982) one of the first films to make extensive use of computer graphics for it's special effects.

LILLY: It was amazing.

LILLY: Alex (Lance Guest) because he didn't give up.

DADDY: He is another reluctant hero who comes through in the end.

LILLY: They were awesome too.

LILLY: When they had the big space battle because it was fun to watch and I thought they would die because they didn't haave a plan.

DADDY: They were outnumbered but brave. I liked the bit when Grig and Alex showed each other family photos and Grig had hundreds.

LILLY: That was quite funny.


LILLY: Yes because it's awesome and a great movie to watch with family and friends.

DADDY: I think so too..
DADDY: How many stars would you give it?

DADDY: The same for me. I was quite good at arcade games when I was a kid but I was never asked to join the Rylan Star League. 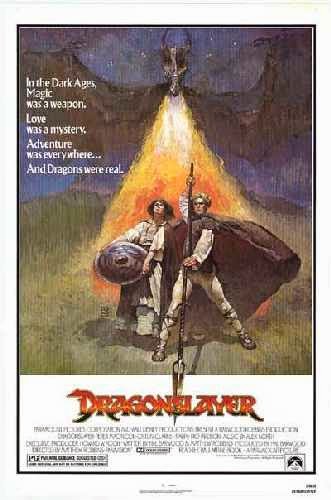 Dragonslayer (1981) is a fantasy film directed by Mathew Robbins and written by him and Hal Barwood. A young apprentice wizard is sent on a quest to slay the last dragon Vermthrax Pejorative.

LILLY: It is brilliant.

DADDY: I know and I loved the dragon

LILLY: I liked the priest who made out that God had killed the dragon.

DADDY: The king said he did it too.

LILLY: I know but it was funnier when the priest did it.

DADDY: I liked the old wizard Ulrich (Ralph Richardson) because he knew everything.

LILLY: When the priest said God killed the dragon and  the king said he did it.

DADDY: I think that says you cannot trust them.

DADDY: I liked the bit when the apprentice Galen (Peter MacNicol) fights the dragon because it is awesome.

LILLY: That's good but not the best bit.

LILLY: Yes because it is awesome and educational.

DADDY: I think so too..
DADDY: How many stars would you give it?

LILLY: I'm giving this one thirty five because I love it.

DADDY: Thirty five from me too then..